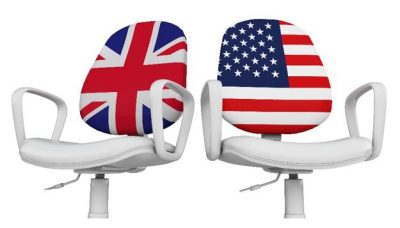 I have good mates across the pond.  I have worked, danced, laughed and cried with them. Yet, on more than one occasion, we had to translate our words. Did I mention that these friends live in England, and we are supposed to share a common language?  At times, it just doesn’t seem that way.

For example, we were invited to Cessie’s wedding, the daughter of my good friend Liz, a Londoner. In one of our animated conversations about the preparations for this gala event, this mother-of -the-bride exclaimed that all the festivities were going to be held under a marquee. I couldn’t quite understand what all the fuss was about. Partying under a theatre sign was not what I envisioned for this celebration. Finally I understood where the reception was to be held. Ah, I muttered out loud, a tent.

No, I was informed in an English clipped voice, tents are for camping. This is a marquee.

A couple of years later, I was there to meet Cessie’s first child. The new mom arrived with a beautiful baby girl in her pram, wearing a nappy and sucking on her dummy. And, in case there is any doubt, the babe’s cooing needed no translator.

Recently, two of my former U.K. teammates were visiting New York despite the exchange rate. We met for the American version of tea, i.e., we just had a cup of tea, no scones with lemon curd, no biscuits. They had walked all around the City in their trainers, took the underground to Brooklyn and discarded their jumpers as the weather was mild. We had a lovely afternoon.

There is also the ability to read between the lines when the waves between us get choppy. I was on the opposite side of an approach to a proposal with one of my colleagues, one that he was to champion. In attempting to arrive a consensus, a flurry of emails crossed the Atlantic, each of us trying to convince the other of the rationale of our argument. Both of us were well-versed on the topic under consideration and despite our individual best efforts, there was no give on either side. One morning, I arrived at my desk and opened the latest of his responses, it read: Interesting points Maureen, worthy of debate. I found myself in need of translation.

After explaining the situation to another English citizen, I queried: I think I have been told to shut-up. Quite was his response. The debate was closed.

So, over the years, I have learned that saying I am brilliant doesn’t mean I am; well-done is the highest of praises and not a meat order; and having a chinwag with my mates is one of my very favorite things on either side of the Atlantic.