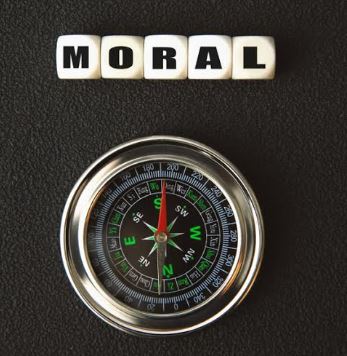 There are moments in life when you have no do-overs. You need to be there—whatever the
cost, emotionally, physically and sometimes even financially. There are no guidelines, each
person makes their own list that only their heart knows must be followed.

My mom was the first of the mothers to die—it was cancer and it was quick. Having lived with
this incredible sense of loss in my life, I know I must be there for my friends when their mothers
leave this earth. It is not a standard I set for others; it is the one that works for me. You can’t
rationalize your choice with the excuse that next time I’ll be there. There are some events in life
when there are no next times.

And it isn’t only as dramatic or life-altering as saying the last good-by to those we love. Many
years ago, a dear friend was retiring early from what once was Mobil Oil. We had met there, he
stayed on while I left but we had continued to remain close. When the time came for the
celebration for his departure, I had gracefully declined: it was in Virginia, I was in New York;
it was a weeknight, I was busy at work, I didn’t know the new cast of characters as the old guard
was slowly dwindling. I wrote remarks that I was intending to have someone else deliver. As I
was reading the draft version, I began to cry—only I could say these words. I called the party
organizer, said that my husband and I were coming but to please keep it a secret from the guest
of honor. That evening when we walked into the event, my friend looked at me and simply said:
I knew you would come. He was right. Since then, he and his wife have danced at the Reid
sons’ weddings and we will do the same when his oldest daughter marries this October.

Then there are the more every day occurrences. Last winter, one of our granddaughters was
being introduced to Shakespeare. She and her fellow fourth-graders were enacting an age-
appropriate rendition of A Midsummer’s Night Dream. My husband, an English teacher for many
years, had focused on the Bard’s literature in his graduate studies. Again, the timing wasn’t the
best: middle-of-the-day, busy time of year and no seats for the audience. (Can be a game
changer for those of certain years.) Yet, we agreed that there could be no do-overs for this. So,
we went and she was the consummate fairy. As we were leaving, she was keen to introduce her
grandfather to the play’s director, which she did with a simple addition of: he’s a
Shakespearean scholar. While there are those who could take exception to her adulation, it
made the memory of her performance even sweeter.

So the moral of this musing: when you are deciding whether to go or to stay, using the ‘is there
a do-over’ criteria may offer you the needed guidance.