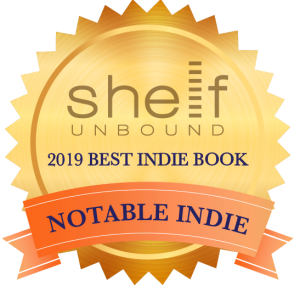 Becoming Herself by Maureen Reid is a compelling book with a narrative that is both personal and emotional. The journal style book is an easy read, and I quickly became consumed with what would happen to Maggie. The opening scene of Maggie reading a long lost letter is quite dramatic and truly sets the scene for the general emotional level expressed in this novel. The diary format really exposed the personality and real feelings of Maggie, and her life as an Irish immigrant coming to America. In many ways the story parallels what is going on in the world today.

The style of the book was structured well; I enjoyed the inclusion of letters from Maggie’s brother James, which gave an extra layer of dimension to the story. I found Maggie to be a strong character with plenty of flaws. Her affair with Michael the priest was obviously not a good judgement call, but made her seem more human than anything. The history contained in this book was great, and highly informative.

Maureen Reid’s journal-style fiction book; “Becoming Herself,” gives the reader a realistic view into what life was like for an Irish child immigrating into the United States in the late nineteenth century. Margaret Clancy and sister Nell find themselves orphaned after their mother’s death from a difficult pregnancy on a ship destined for the U.S. Their distraught father decides to fatefully surrender the children to an orphanage in upstate New York. After some time, both children are adopted into different homes and after many years passed, Margaret marries Eli George, a farmer, and births several children, thus, her life becomes fulfilled. Or has it?

Margaret experiences many emotions throughout her life’s journey including: abandonment, love, motherhood, racism, activism, free enterprise, even abuse, until “Becoming Herself” through self-enlightenment. The book is a must read for any book club member or any woman needing a self-discovery read.

As a wife and mother, I too have struggled and still do just as Margaret did with trying to find my own identity and independence. Looking for more life-fulfilling events to self-satisfy that thirst for life. Knowing that life is more than just being a wife and mother and wanting to help others and have a positive impact on their future as well as yours. I respect Margaret for having the guts to take a stand and do what she knows in her heart to be right — fighting for women’s rights, independence, love, and family. I know there are many wives and mothers who struggle with these very same issues and would find this book rewarding in knowing that they are not alone in feeling this way. It is not that we are dissatisfied with our lives as mothers and wives, but only that we are much more than the eye can see, so let the guilt go and fill your lives with your dreams.

As its lead character forges her identity against the more restrictive expectations of those around her, Becoming Herself is inspiring.

In Maureen Reid’s compelling historical novel Becoming Herself, a woman’s role in her community and country evolves.

On a ship bound for America from Ireland, Margaret’s mother dies, and her father fades into a shadow of the man he used to be. He opts to send his two daughters to an orphanage; they are adopted separately. Margaret struggles to find her identity as an Irish woman in a new country throughout her childhood and married life. She is a woman ahead of her time who endures incredible obstacles to discover her heritage, dreams, and potential.

Conveyed via her personal journal, Margaret’s thoughts are perceptive as she explores the various side of her life’s events. She has a keen eye when it comes to capturing the intentions and personalities of others, and her internal and external struggles are well conveyed, complementing conversations between she and her husband.

Letters from Margaret’s brother, James, contextualize life in Ireland at the time and make the plot more dynamic, drawing the land of Margaret’s youth back in. Women’s liberation efforts in America are also addressed.

Entries include markers, such as where Margaret is writing from, that help to track the story. Dates come in later. The story moves in a methodical way to cover every major milestone in Margaret’s life, through a gap of ten years also helps to keep it focused and engaging. Margaret’s courage and refusal to be restrained by her gender, despite her husband’s lack of support and her demanding roles as a mother and wife, are impressive, particularly after she joins the suffrage movement and becomes a key player in advancing the financial well-being of her community.

The book’s characters are flawed but determined, and they are compelling in expressing their political beliefs and outlining the directions in which they want their country to go. All feel authentic. Even characters who behave poorly aren’t cast as villains; their motivations are always addressed in understandable ways. This extends to Eli, Margaret’s husband, who is stubborn and set in his ways, and who regards his wife’s roles as clearly defined. Generational consistency factors in to how people react to one another.

Becoming Herself is an inspiring historical novel about the internal and external struggles involved in forging one’s identity despite opposition.

Disclosure: This article is not an endorsement, but a review. The author of this book provided free copies of the book and paid a small fee to have their book reviewed by a professional reviewer. Foreword Reviews and Clarion Reviews make no guarantee that the author will receive a positive review. Foreword Magazine, Inc. is disclosing this in accordance with the Federal Trade Commission’s 16 CFR, Part 255.