Announcing a NEW RELEASE … Choosing Herself 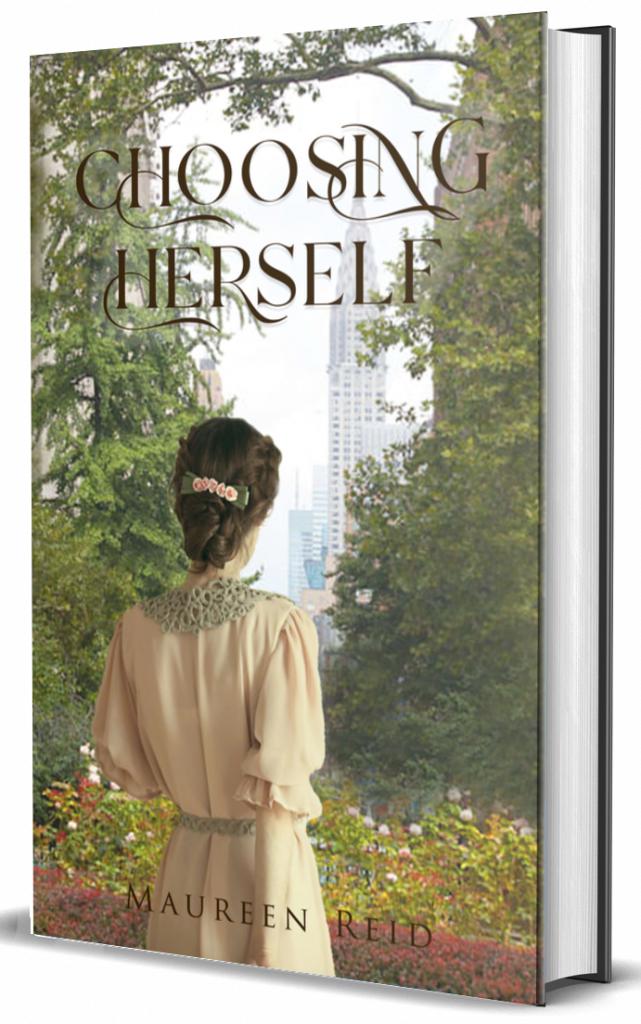 “Life is a game – we draw from the deck we are dealt and decide whether to keep that card or take our chances on the next,” observes Nell, the unforgettable heroine of award-winning author Maureen Reid’s newest novel, Choosing Herself. A brave, charming, fiercely independent woman, Nell plays the hand fate deals her, gambling on where her life will lead.

It is March 25, 1911. One day that changes the game. Nell witnesses young girls jumping to their death to flee the flames blocking their escape. In Greenwich Village, the Triangle Shirtwaist Factory was on fire. The raging inferno kills 146 and sparks an ember in Nell that burns. She vows that the world she lives in must change–a world divided by class, color and the desires of the heart. Exposing herself to real danger, Nell picks up her pen and begins to write stories… stories that introduce her to the headline-grabbers of the emerging labor movement, a woman who seeks to right the wrongs hurled at others, and a reporter with a camera who brings light and shadow to his work and her heart.

With captivating insight and heart, Choosing Herself weaves fact and fiction into a world of Tammany Hall ruffians, the quest for the perfect martini, and the need to make a difference.

Choosing Herself, Nell’s tale, is the second novel in Maureen’s “Herself” series. It will be available on Amazon and at local bookstores on August 1, 2021.

Though each book in this series stands alone, you’ll want to meet Maggie, Belle, and the wonderful family of women whose roots are anchored in the green hills and aqua lakes of Ireland, in Maureen’s previous works The Journey Begins: A Prelude and Becoming Herself, also available at Amazon.